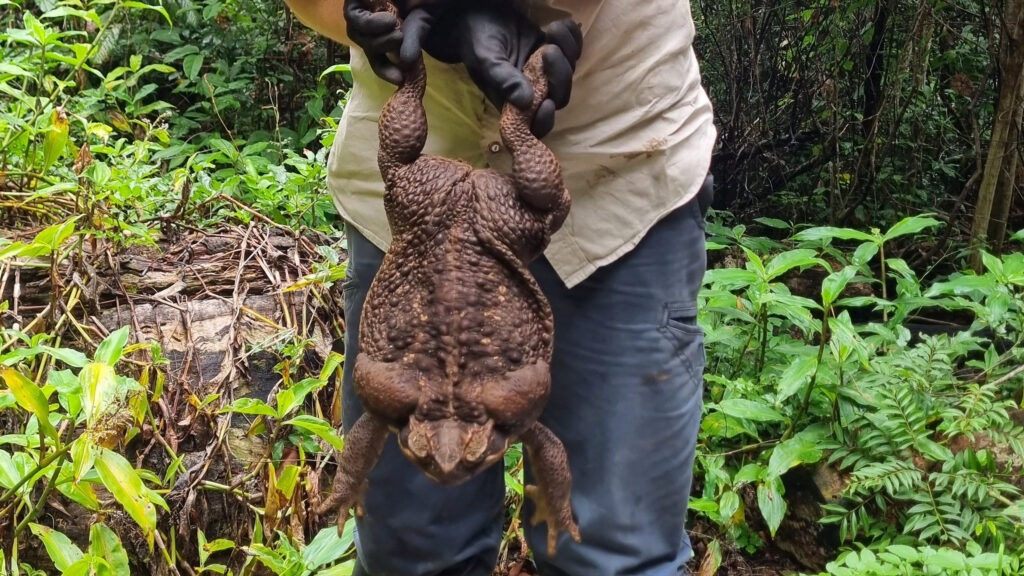 The nearly six-pound cane toad found last weekend in Queensland, Australia, may not be a city-crushing kaiju, but it certainly shocked park ranger Kylee Gray.

“(I) gasped,” Gray said in a news release. “I reached down and grabbed the cane toad and couldn't believe how big and heavy it was. We dubbed it Toadzilla.”

Fully grown cane toads normally weigh around three pounds. They can live up to 15 years in the wild. Toadzilla’s “been around a long time,” according to Gray. The toad was as big as a newborn human baby. It was likely able to reach its size because of its omnivorous appetite.

“A cane toad that size will eat anything it can fit into its mouth, and that includes insects, reptiles and small mammals,” Gray said.

Toadzilla’s weight, if confirmed, would make the female toad the biggest ever recorded. The previous record-holder was also a cane toad. She weighed 5 pounds, 13 ounces. Rangers put Toadzilla at 5 pounds, 15 ounces. That's a whole lot of toxic toad!

Cane toads make a poison called bufotoxin. If eaten, it can cause hallucinations and cardiac arrest. They’re also an invasive species in Australia. Officials brought them in from Central America in 1935. They wanted the toads to help control the beetle population. Cane toads have no natural predators in Australia. So, their numbers grew quickly. They harm the natural ecosystem. The toads kill native predators who mistake them for an easy meal. That’s why Toadzilla ultimately had to be euthanized.

Authorities, however, guarantee that Toadzilla’s legacy will live on. Her remains have been brought to a local university for further study.

Question
Based on the information in the article, “Toadzilla” was euthanized because _______. (Common Core RI.5.9; RI.6.9)
a. it weighed nearly six pounds
b. it’s “been around a long time”
c. it’s an invasive species in Australia
d. its body will be used for research
For more formative assessments, visit thejuicelearning.com to start a free trial.
Related Resources

It's an Alien Invasion!

In this lesson, students learn how cultural practices can spread not only ideas and traditions, but also invasive species into new areas.

It's an Alien Invasion!

In this lesson, students learn how cultural practices can spread not only ideas and traditions but also invasive species into new areas. 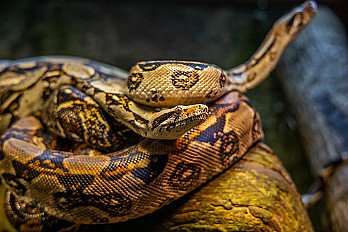 The Threat of Invasive Species

This video discusses the impact invasive species can have on ecosystems using the examples of Kudzu vines in the southern United States, Burmese pythons in Florida, and European rabbits in Australia.