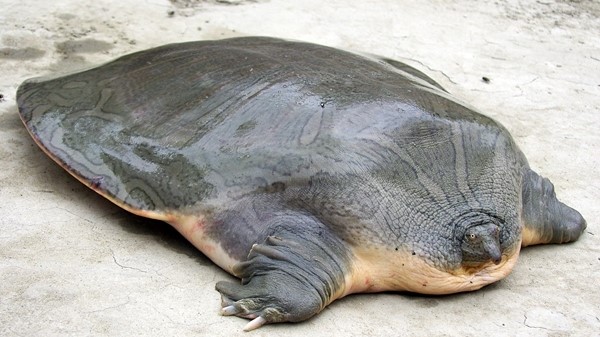 If the fable “The Tortoise and the Hare” taught us anything, it’s that slow and steady wins the race. That’s proven true for the San Diego Zoo. Its twenty years of breeding efforts finally paid off with the hatching of 41 endangered Indian narrow-headed softshell turtles. That's a first for any North American zoo.

The San Diego Zoo began efforts to breed the turtles in 1997. Reports of sharply declining Asian turtle populations came out around that time. At first, zoo officials weren’t sure they even had a breeding pair. In 2001, they realized they had two female turtles. They got a male shortly after that, and then the waiting game began.

“All we knew was we wanted to ... make them as comfortable as possible and just keep our fingers crossed,” Kim Gray, a curator at the San Diego Zoo, told the San Diego Union-Tribune.

Keeping the turtles comfortable meant making enclosures to mimic the deep streams where the turtles are found in the wild. In their native habitat, narrow-headed softshells can reach up to 440 pounds.

“They are kind of cute, in their strange way — they have a funny little nose that looks like a snorkel and very long necks,” Gray told The Tribune. “They squeeze their necks into their shell, so they look like they are wearing a turtleneck with this little snorkel nose.”

The San Diego Zoo is looking for permanent homes for the baby turtles. They’re hopeful their success means future births are possible.

They just hope they don’t have to wait quite as long. 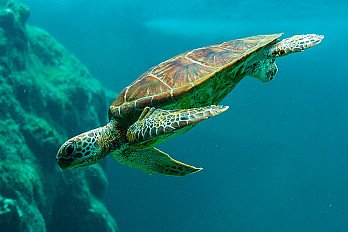 This mural of a human inside the body of a turtle was created in Mexico by Paola Delfín. This environmental mural by Hawaiian artist Kai Kaulukukui depicts a green sea turtle tangled in fishing lines and plastic, while a child swims beside attempting to help it. 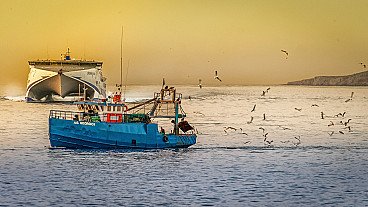 Will the Ocean Ever Run Out of Fish?

This resource describes the current state of fish populations in the oceans and the industrial fishing practices that have lead to the critical state of fish stocks globally.